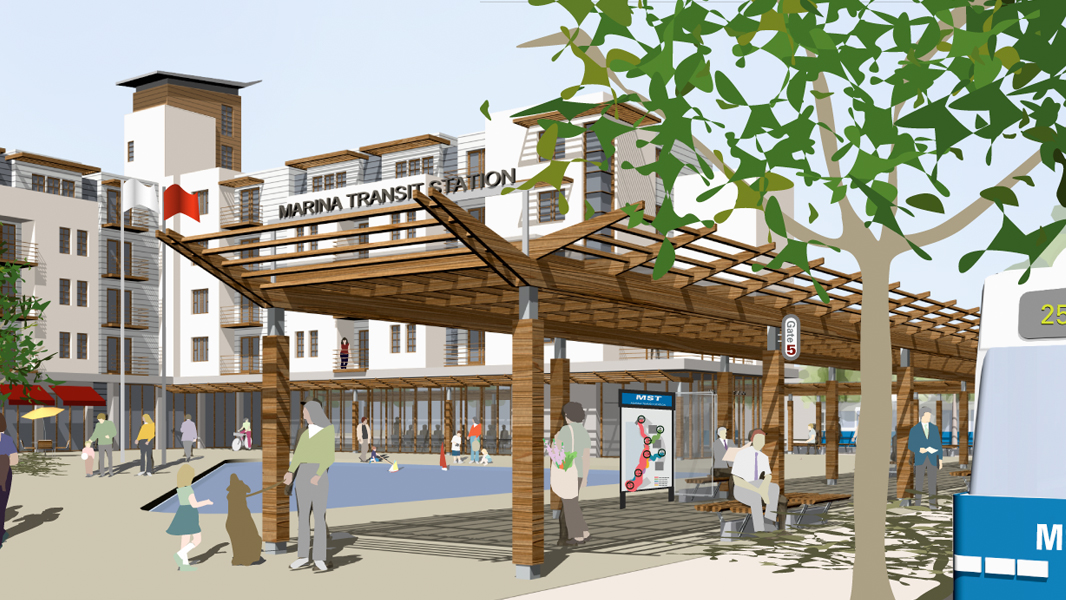 Suisman Urban Design has developed a vision plan for downtown Marina, focused on a new town center that combines a major transit facility, housing, retail, and a public square. Working with Sacramento-based Local Government Commission, which led the project, Suisman was brought in by the city of Marina to help reconcile the city’s redevelopment goals with the transit operations requirements of Monterey Salinas Transit, the regional transit operator. The results were presented in a series of public meetings and workshops over two days in mid-April, and received broad support from the local community. The city and the agency are now engaged in discussions to determine how to move forward with the project.