Hartford’s Downtown Wayfinding system is a part of the iQuilt Plan, and is the first project to be implemented. Installed at approximately 45 Central Business District and Capitol area intersections and consisting of over 266 “Pedhead” signs and 135 “MiniMaps,” the system provides directions and estimated time on foot to the city’s cultural, civic, historic, and entertainment resources. This downtown-wide project was preceded by two pilot installations which also included transit stop signs, street name signs, and district banners. The wayfinding system’s core innovation is its use of existing pedestrian signal boxes for the mounting of 90% of the signage, reducing the project’s cost by half. All destinations are indicated with directional arrows and distance in minutes on foot which encourages walking and ultimately promotes a greener city and healthier residents and visitors. 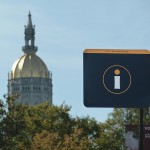 A wayfinding system for downtown Hartford 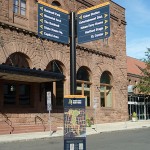 Minutes on foot from here 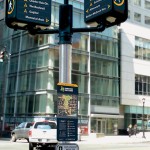 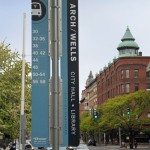