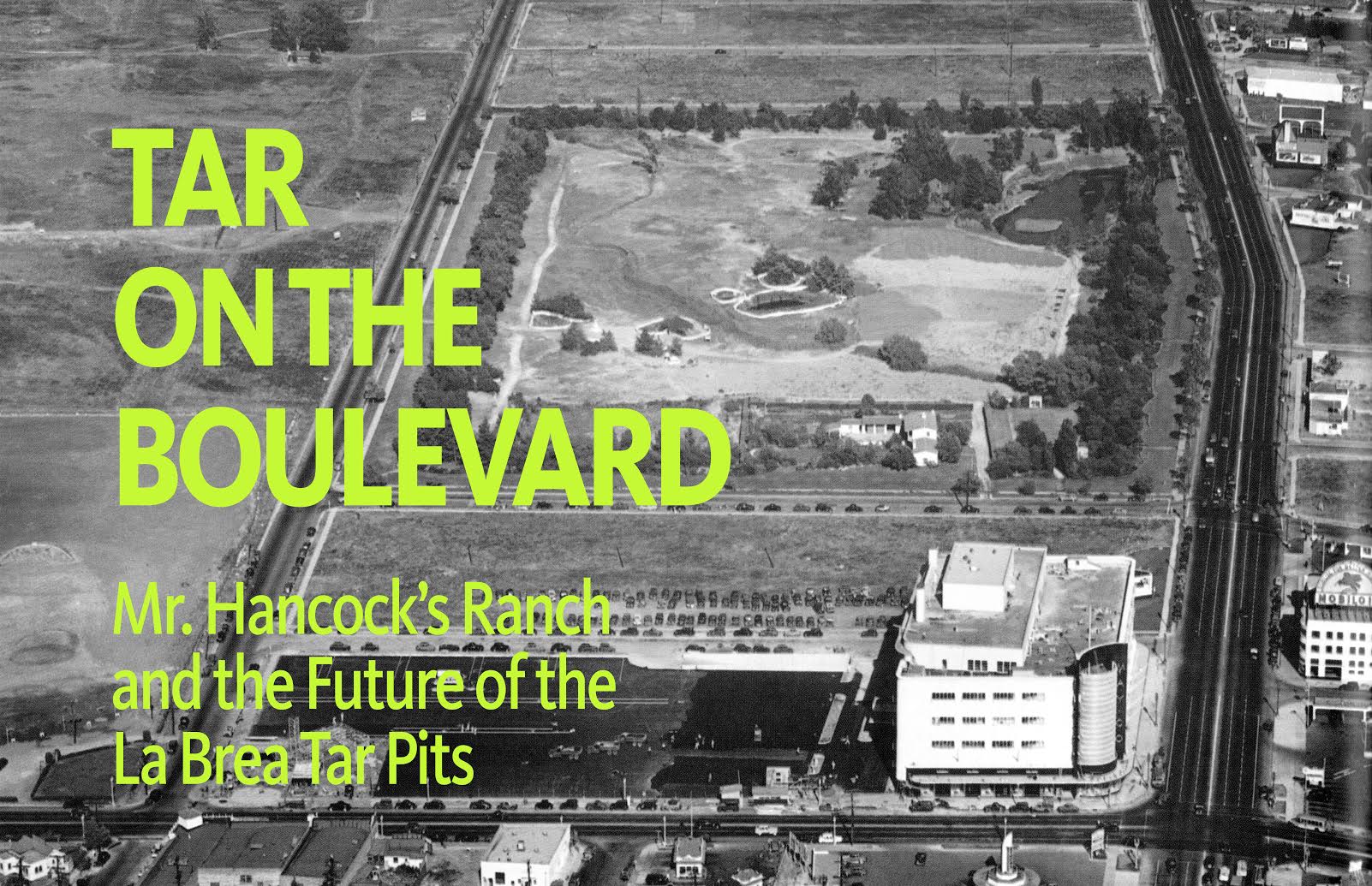 Join Doug Suisman at the Page Museum this Thursday for an evening lecture as he looks at the La Brea Tar Pits in the context of Los Angeles’s urban history and the development of its boulevards, especially Wilshire. He’ll trace the development of the La Brea Tar Pits from tar pools to private rancho to asphalt mine to excavation site to public park to world-renowned paleontological site museum. And he’ll look at the future of the Tar Pits, as new development projects — subway line, high-rises, and LACMA expansion — promise to change the urban context of Hancock’s ranch once again.

Introduction by Christopher Hawthorne, Architecture Critic at the
L.A. Times