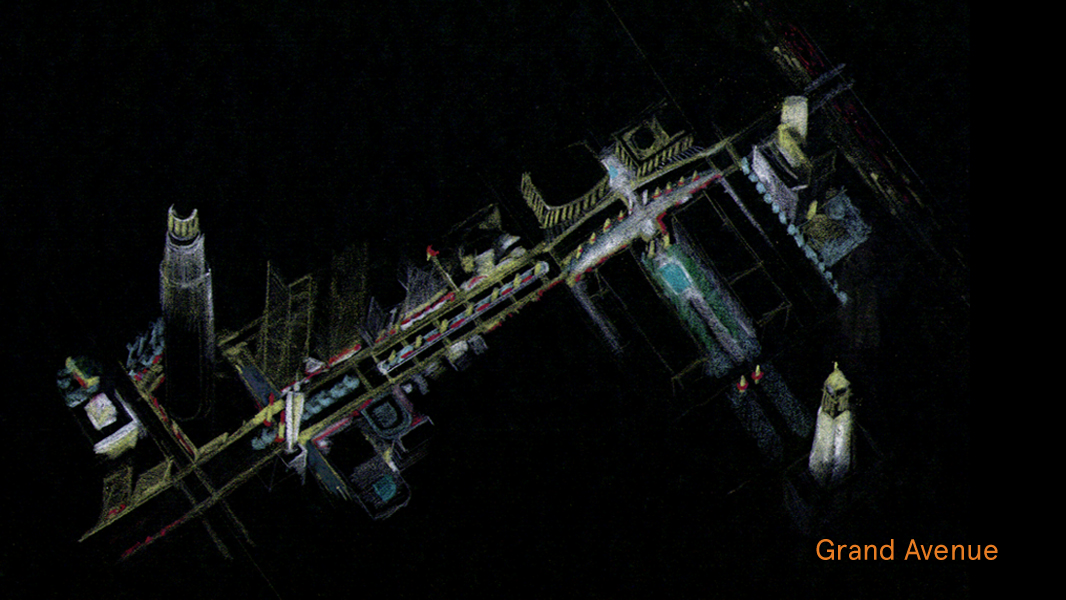 The long and somewhat tortured history of planning efforts along Grand Avenue in downtown Los Angeles has been elegantly summarized in a Slatin Report essay by Morris Newman. Newman’s chronicle, which includes Suisman Urban Design’s work for the CRA/LA in the late 1990’s, reviews the succession of initiatives and visions which–despite strong political support–failed to remake the avenue in time for the openings of the new Cathedral (2003) and Disney Concert Hall (2004). Newman sets the stage for the current massive redevelopment project now being launched by the Grand Avenue Authority.