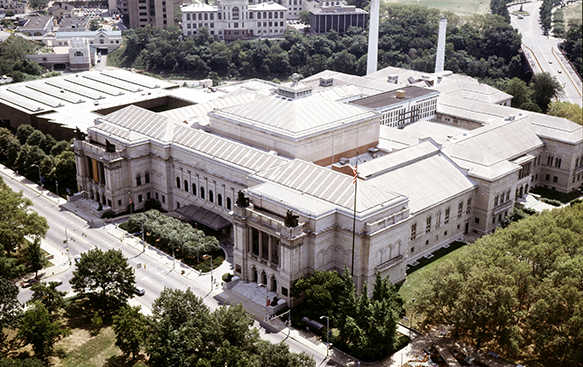 The Carnegie Museums of Pittsburgh have selected Suisman Urban Design to lead the institution through a museum improvement planning effort to reimagine their Oakland campus for the 21st century.  Suisman was one of a group of invited firms that participated in a two-phase selection process. Suisman was chosen from a short list of three finalists.

Founded in 1895, the Carnegie Museums of Pittsburgh is the largest and most far-reaching cultural organization in the region and a major contributor to Pittsburgh’s growing reputation as one of the country’s most livable cities.

The Oakland campus, with its two original museums (Museum of Art and Museum of Natural History), is strategically located at the crossroads of Pittsburgh’s Oakland neighborhood—the third largest economic region in Pennsylvania—and is contiguous with two dynamic universities—Carnegie Mellon University and the University of Pittsburgh—the main branch of Carnegie Library of Pittsburgh, and Schenley Park, one of Pittsburgh’s largest parks.