Barriers become gateways to the river, increasing from two to thirteen

The planned relocation of the 84-91 interchange in Hartford, CT unlocks the potential restoration of the river as the historic center of the city. After the progressive isolation of the river with railroad, floodwalls, and highways, River Road, one of the transformative projects of Hartford 400, reconnects Hartford to its riverfront along its entire length. City streets rise up to the top of the floodwall and River Road, which sits atop I-91 and the rairoad tracks. River Road is lined with new riverfront development which faces an extended Riverside Park sloping down to the water’s edge.

Repeated flooding in the 1930s led to the construction of a flood wall towering 47’ above river height, offering protection but also cutting off the city from the river. This was exacerbated in tyhe 1960s with the construction of the Interstate 91 along the riverfront, and the later conversion of Bulkeley Bridge into Interstate 84.

The removal of the interchange could free up as much as 28 acres of publicly-owned land for parkland and mixed-use development.

The creation of an elevated River Road would allow an extraordinary expansion of riverfront access: from today’s limited two-point access to 13 points of access from virtually every street and neighborhood along the river. A combination of ramped roadways, escalators, stairs, and elevators would rise to +47’, creating a sloped and seamless flow from the city up to River Road and the elevated riverfront park. 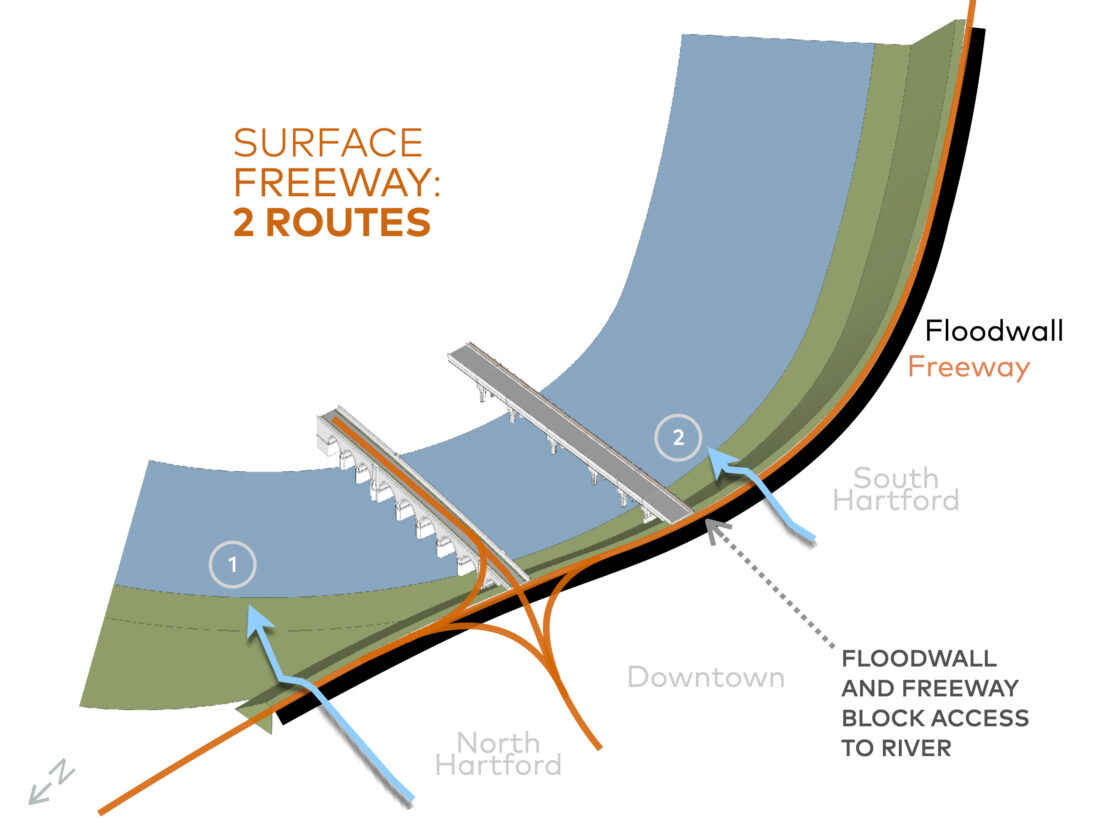 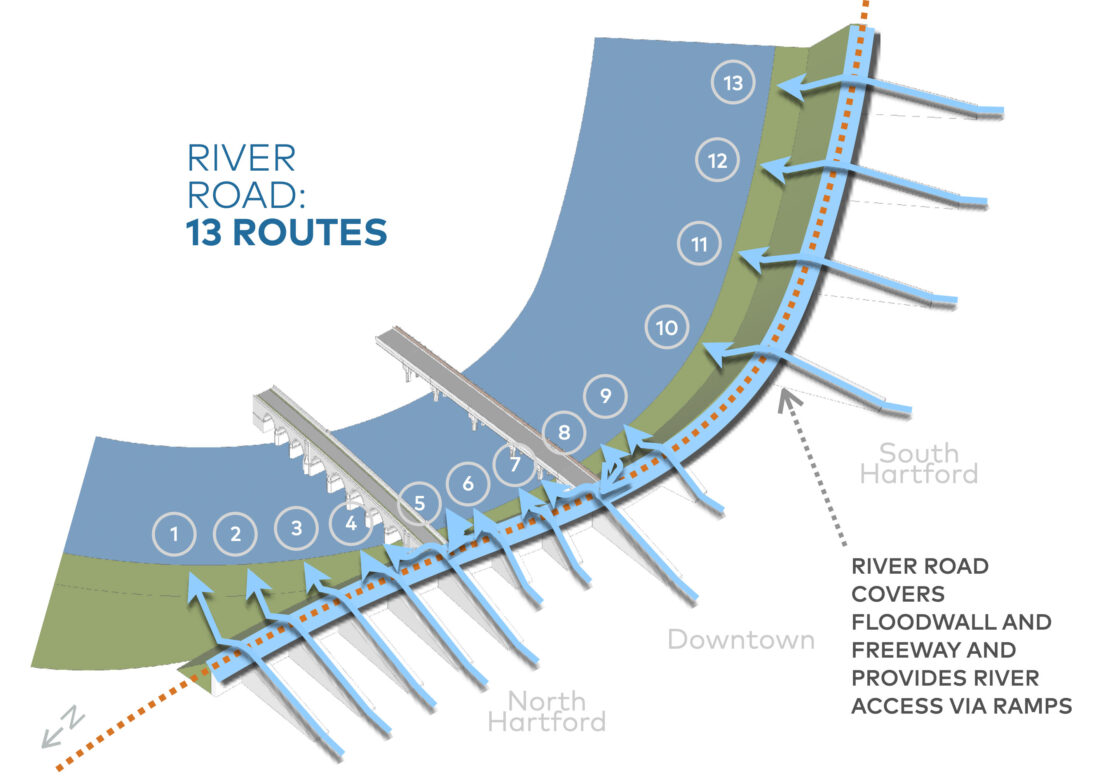