East Hartford’s interchange (not-so-affectionately dubbed the “Mixmaster”) was built on meadow lands which had been subject to frequent flooding. In the 1940s, the construction of the massive flood walls protecting Hartford and East Hartford should have increased the development value of this land, given its prime location. But the “Mixmaster” interchange was superimposed in the 1960s and 70s, permanently inhibiting development despite the flood protection. The highways and interchanges cover more than 92 acres, within a total area of roughly 130 acres of publicly owned land.

The proposed new central park along the riverfront, called Midtown Commons, one of the transformative projects of Hartford 400, would use existing highway paths and embankments to create the park’s rolling topography and recreational lake. Half way between the riverfront and East Hartford’s historic Main Street, a new civic core with public facilities and street market would face the east end of Midtown Commons. Midtown’s new development is gathered around Midtown Commons, offering views of the park, riverfront and Hartford skyline. The Commons unifies the space between the Bulkeley and Founders bridges. To minimize environmental impact, the landforms of the the “Mixmaster” are used to create the new park, with a bell-shaped lake filled in on either side of an existing highway embankment. This reduces the transport of fill to and from the site, and repurposes demolished roadway concrete to form the new water features and pathways. 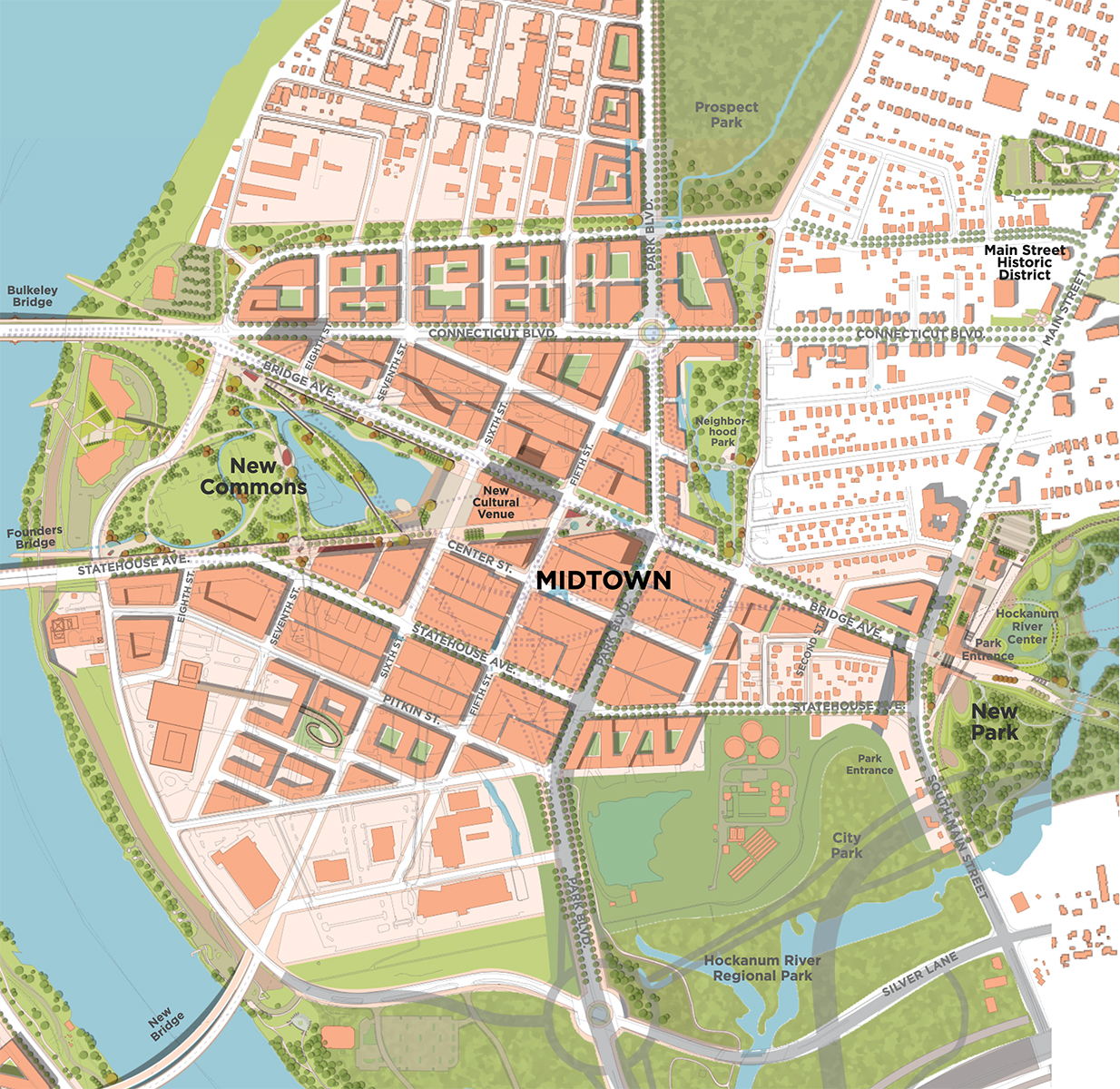 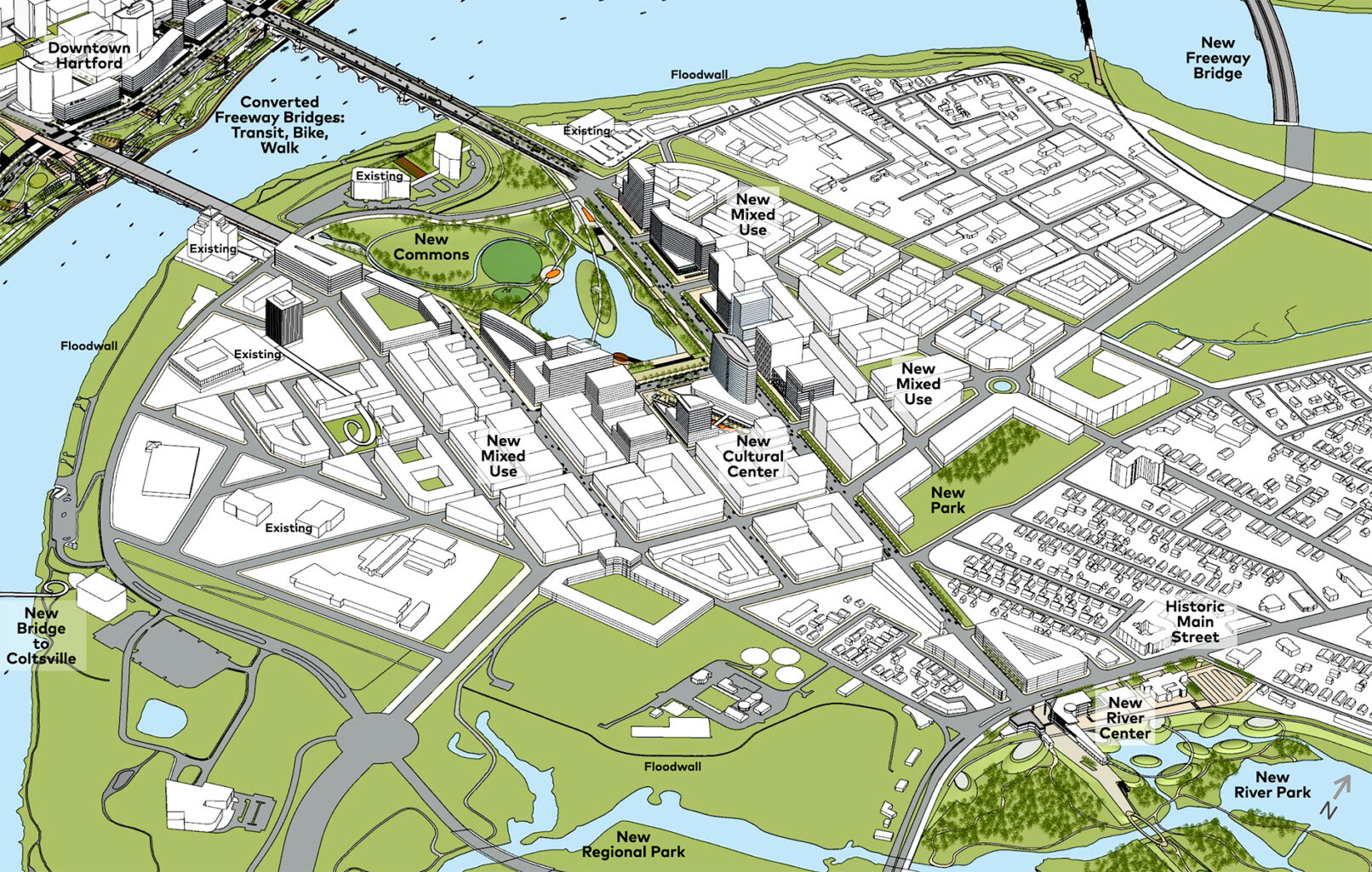 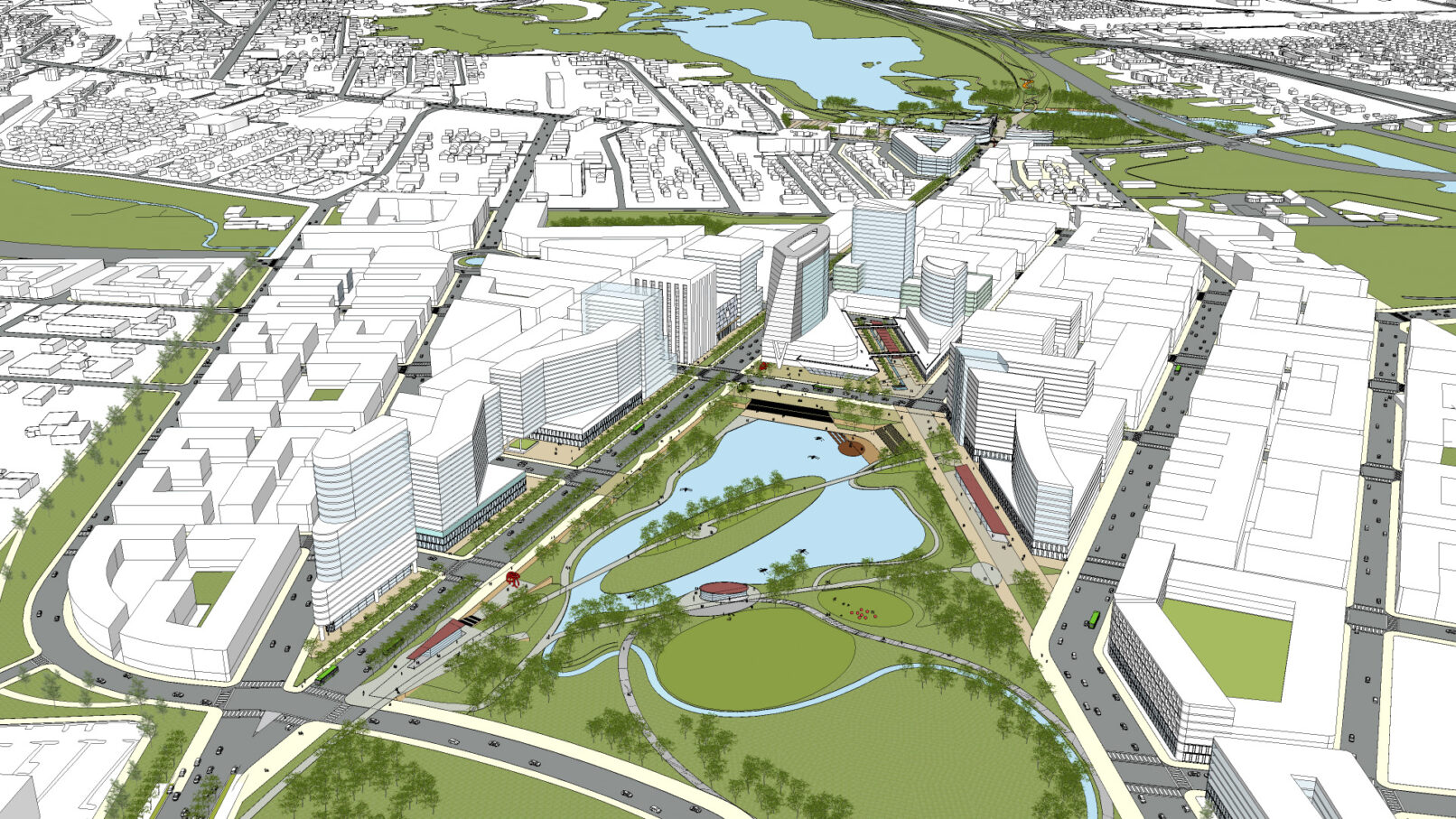