The Hartline, one of the transformative projects of Hartford 400, is a proposed east-west urban corridor and mixed-use trail in central Connecticut that would ultimately extend as much as 14 miles and connect 5 cities and towns. It incorporates a number of existing trail, road, and rail corridors, including the Griffin Line between Bloomfield and Hartford, and links them across the urban landscape on both sides of the Connecticut River. It will include dedicated bike and pedestrian lanes, park landscape, educational linkages, community arts venues, and adjacent mixed-use urban development. With the planned relocation of the Interstate 84/91 interchange and the proposed new underground highway extension to the north, the way is cleared to removed the 84 “trench.” This 320-foot-wide barrier has, for half a century, divided North Hartford from downtown, the riverfront, and the rest of the city. The Hartline connects westward all the way to the University of Hartford and the town center of Bloomfield. Combined with River Road, it knits North Hartford back to the city, the river, and the region. The Hartline and River Road together embrace and help revitalize the neighborhoods of North Hartford, with new connections to downtown and the riverfront. The back doors of disused industrial properties become front door cafe, galleries, and community facilities facing the Hartline trail. The underused rail right-of-way is converted into a shared use bike and pedestrian trail, with community arts venues along the route. 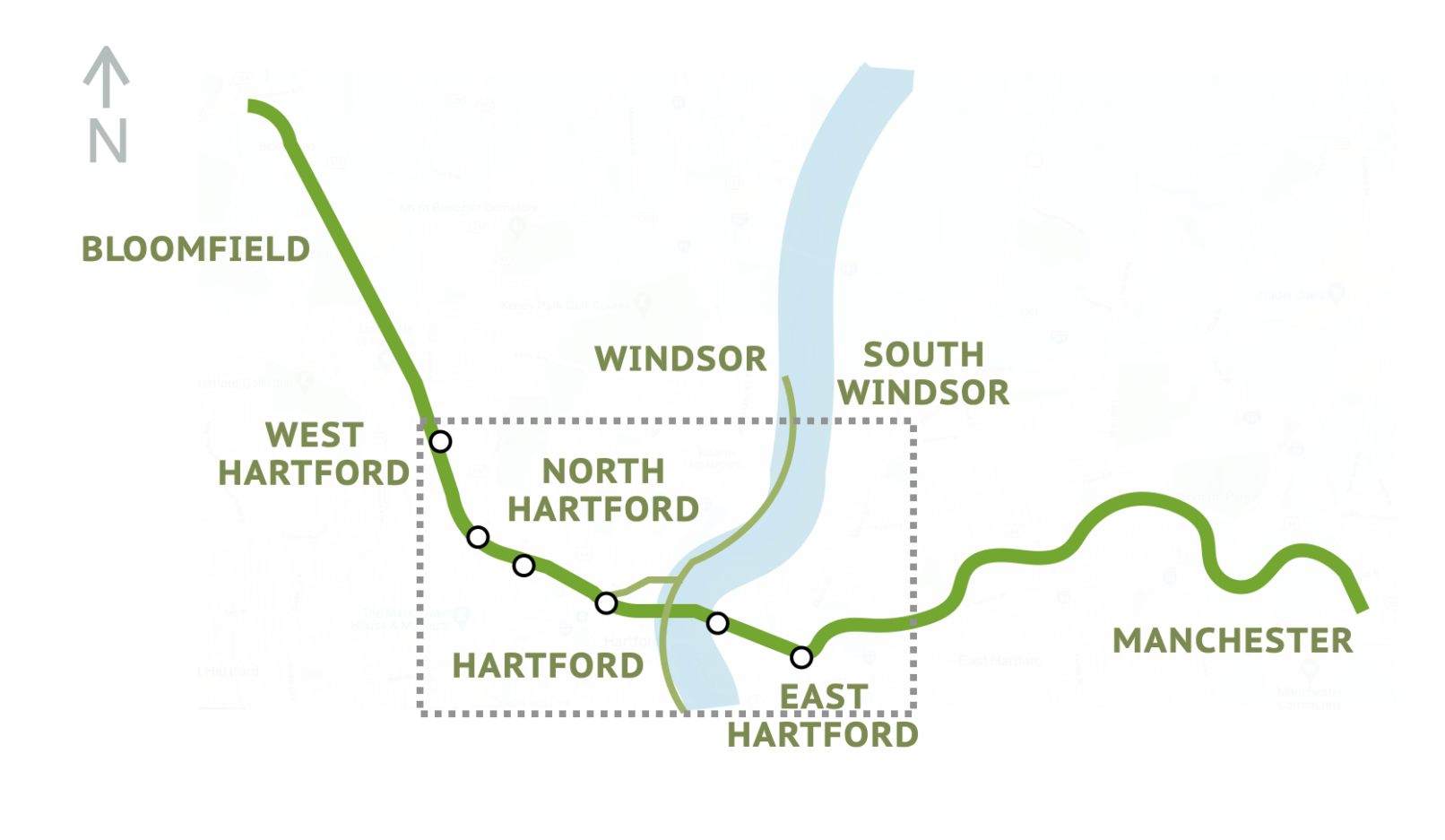 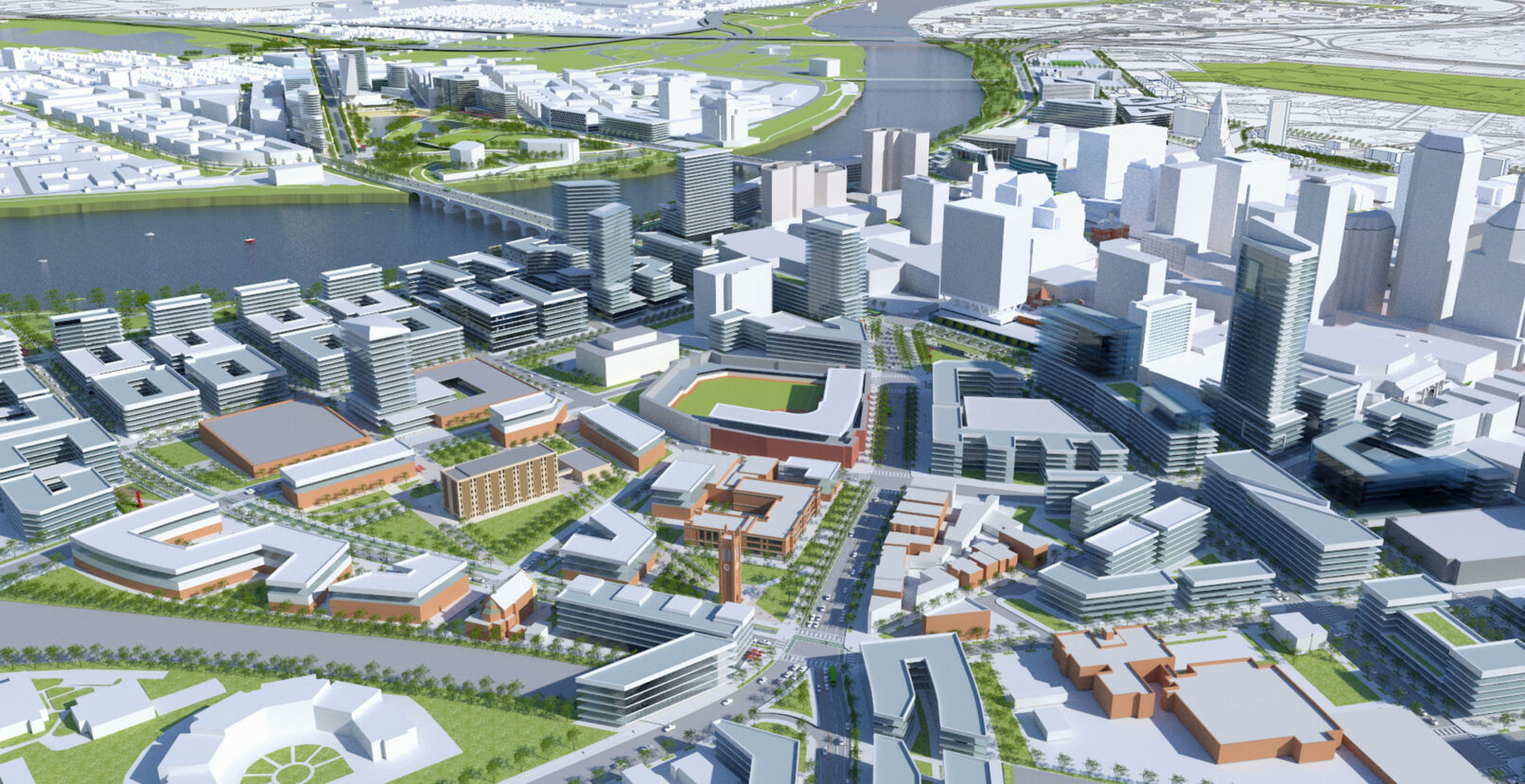 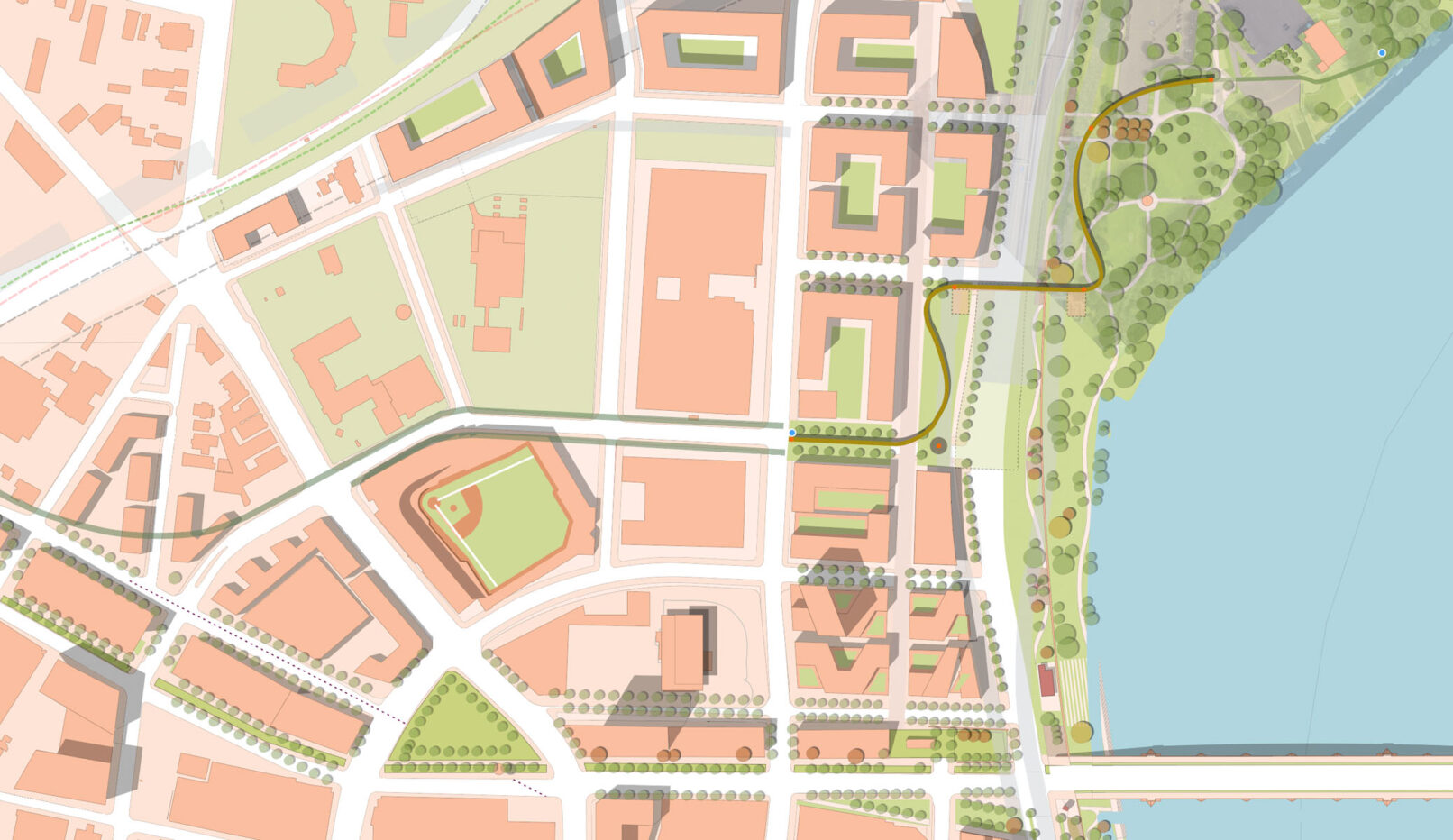 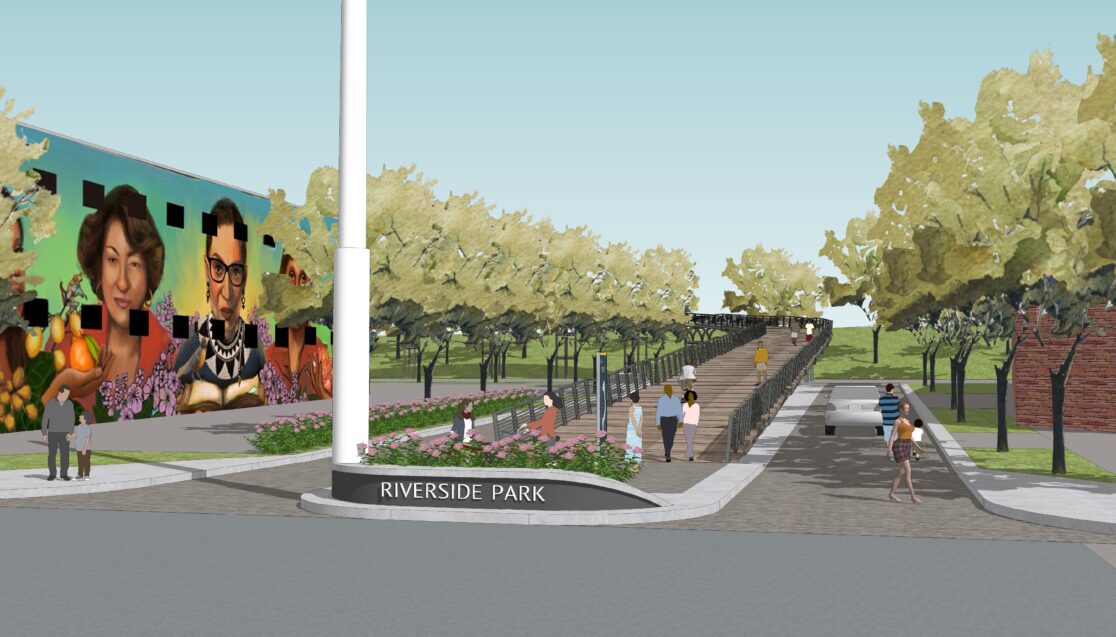 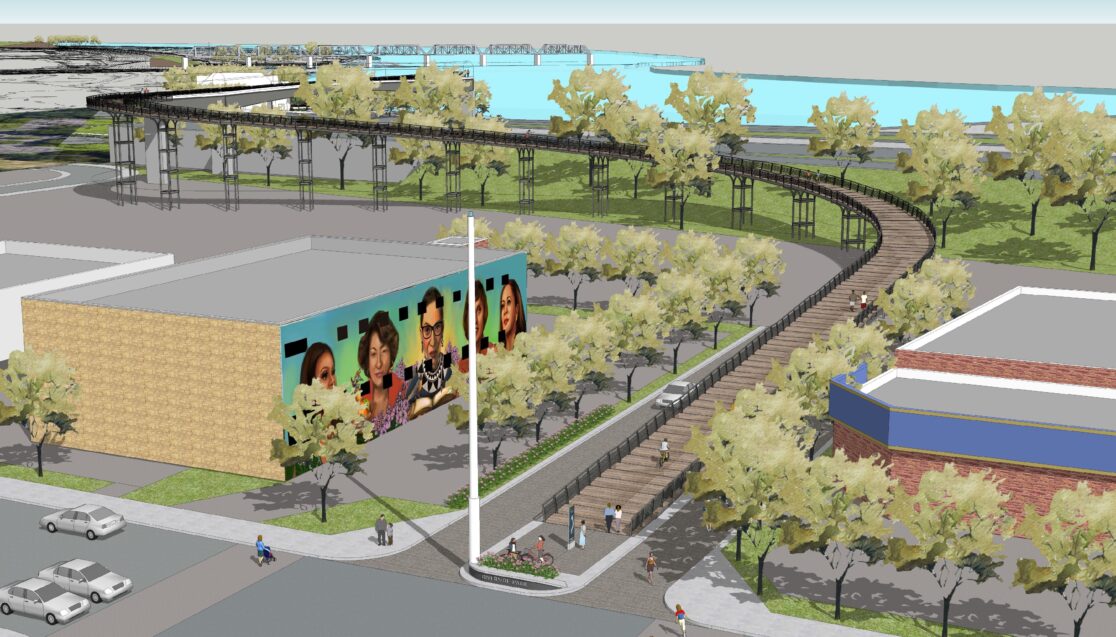 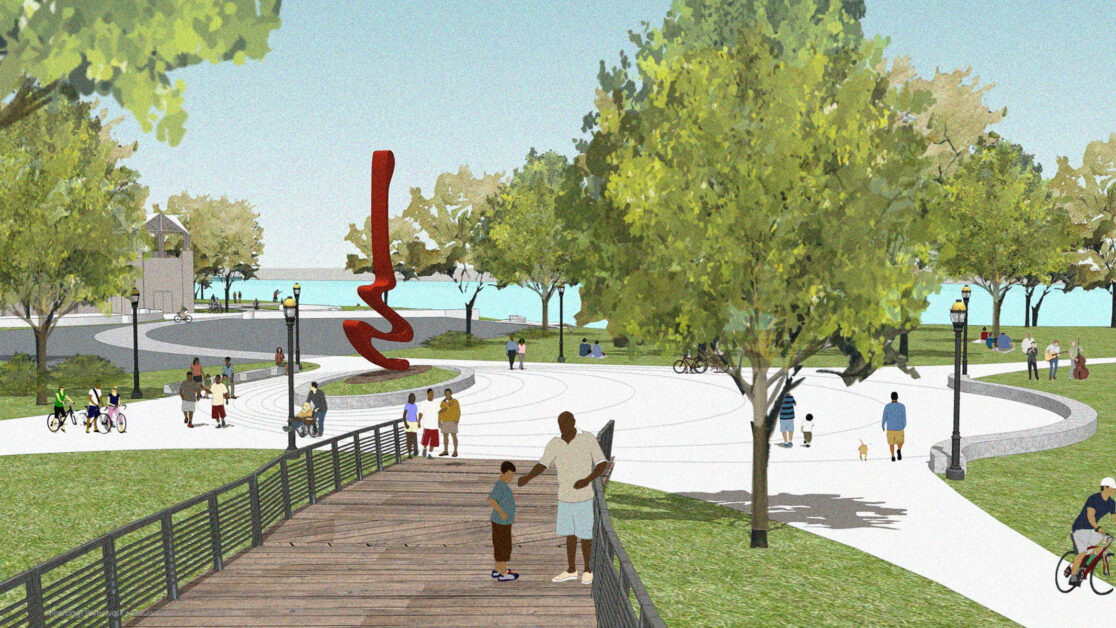 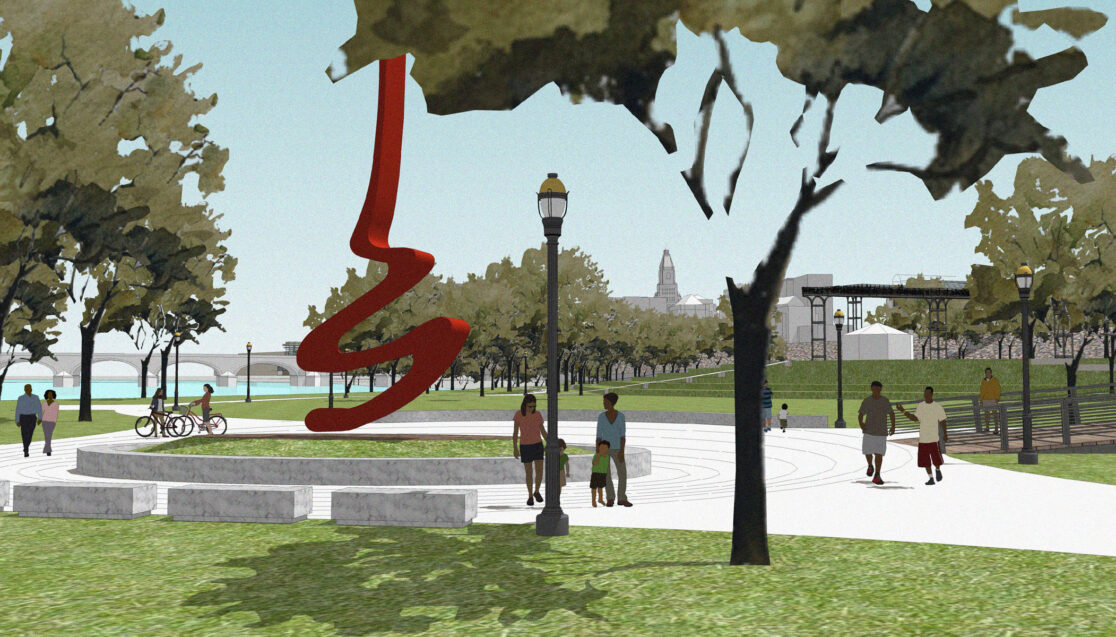