2035 will mark the 400th anniversary of town settlement in the Connecticut Valley. Spurred by this impending historic event, we helped create a coalition of some of the valley’s major organizations, institutions and governments to launch Hartford 400, a comprehensive, river-centered vision and action plan for the Connecticut Valley — its river system, towns, and capital city. The initiative directly addresses the region’s persistent racial, economic and physical divisions and climate concerns. We developed the broad conceptual framework and the detailed master plan. The project includes a reconfiguration of the highway system with new tunnels, caps, and bridges; repair of the flood control walls and dramatically increased access to the riverfront; expansion of rapid transit service to the region and airport; preparation for high speed rail; and the creation of new urban districts, boulevards, and parks.The Hartford 400 vision fully leverages the extraordinary advantages of Hartford’s enviable location, at the crossroads of corridors for transportation, knowledge, natural beauty, and economic development.

The existing highway system has an over-concentration of interchanges in the core urban area. the proposed reconfiguration puts the interchanges at the perimeter and places much of the highway system underground, freeing up hundreds of acres of vital urban land. This clears the path for three transformative projects: 1. River Road, 2. Midtown, and 3. The Hartline.

The overarching goals of Hartford 400 are to make the Connecticut Valley — its river, towns, and capital city — a more sustainable, prosperous, equitable, mobile, and vibrant place for the generations to come…a place to “green, grow, live, move, and play” for all its inhabitants. An initial set of more specific recommendations for each goal was developed to frame the conversation during the visioning process. 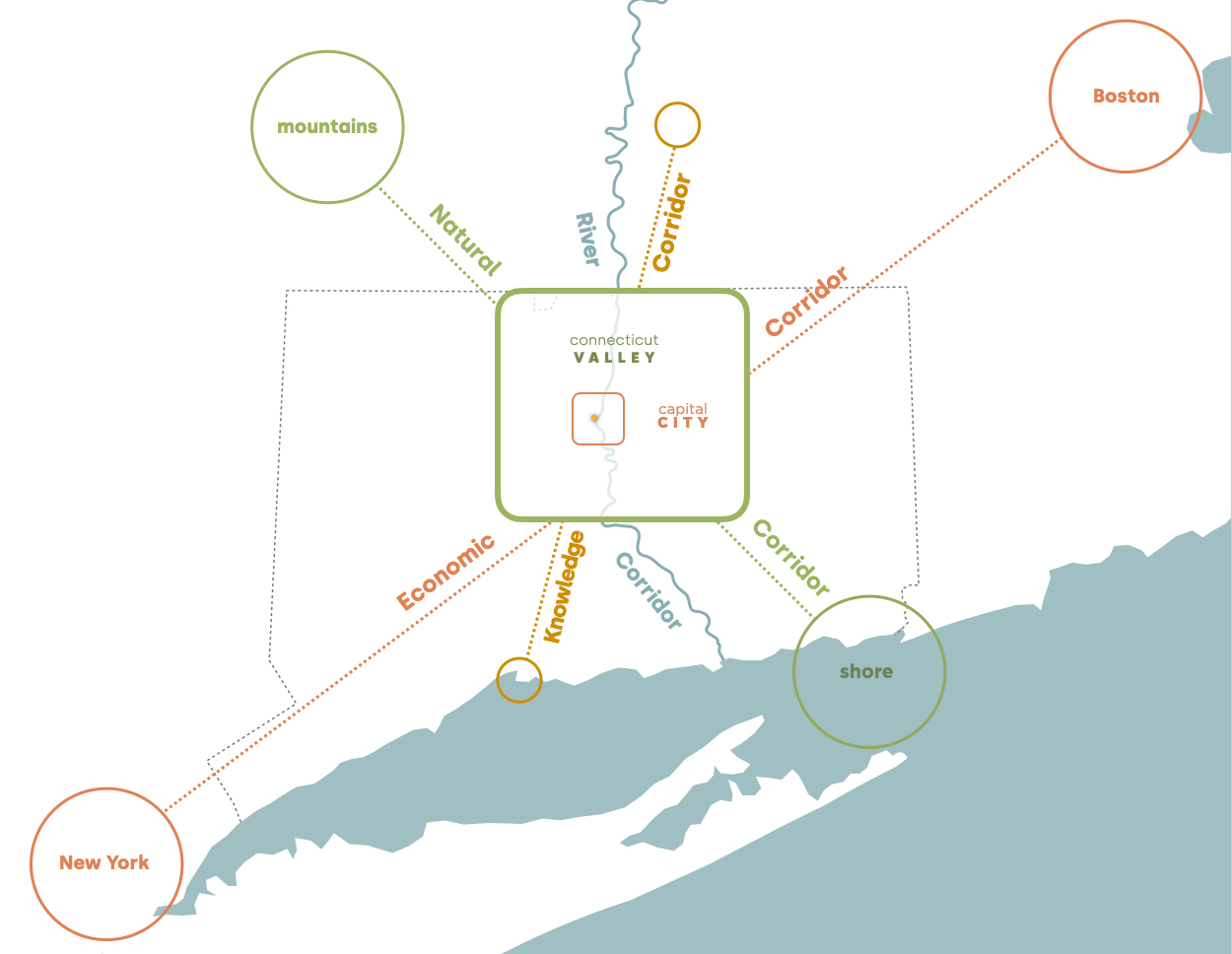 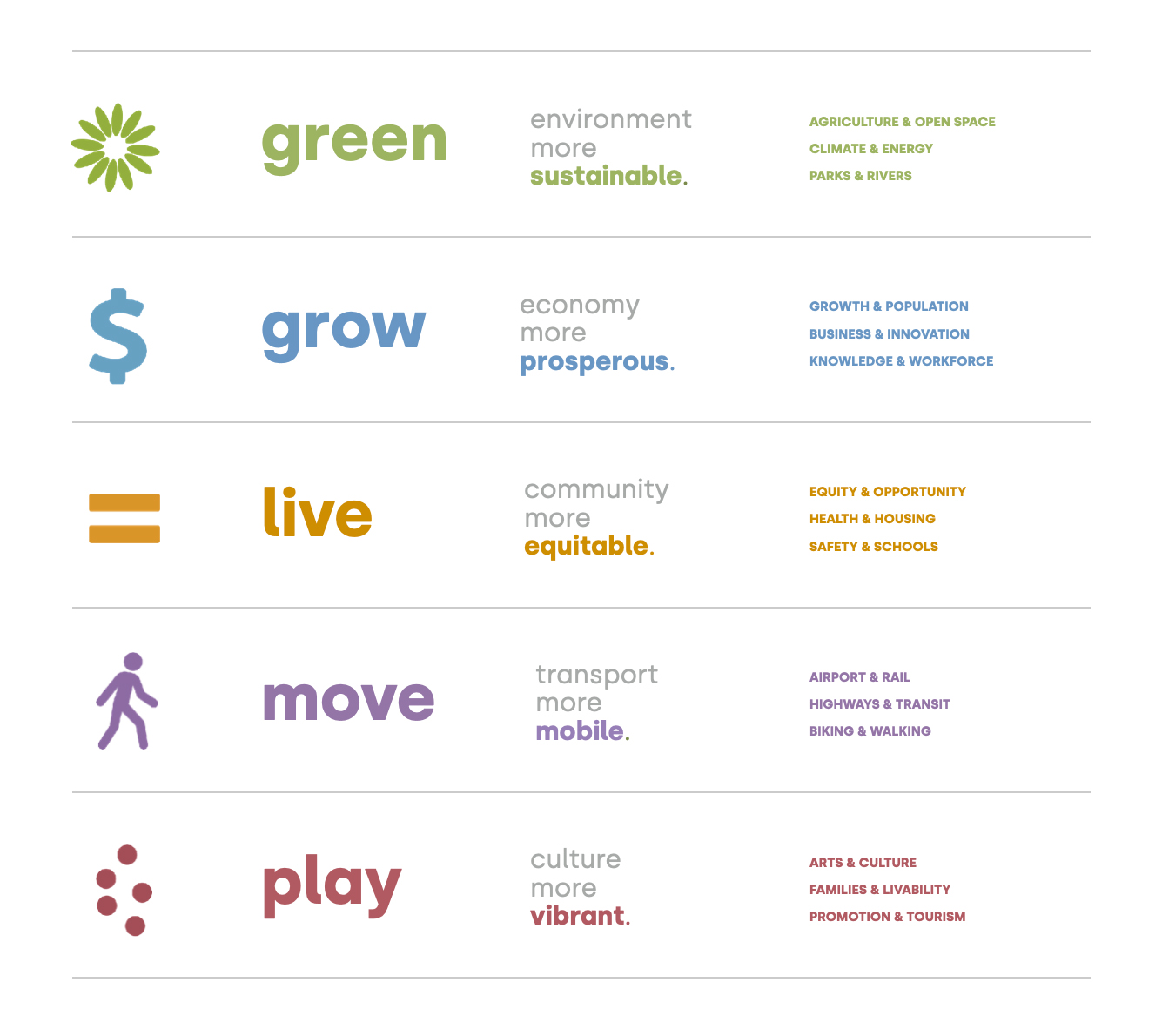 The five principles of Hartford 400 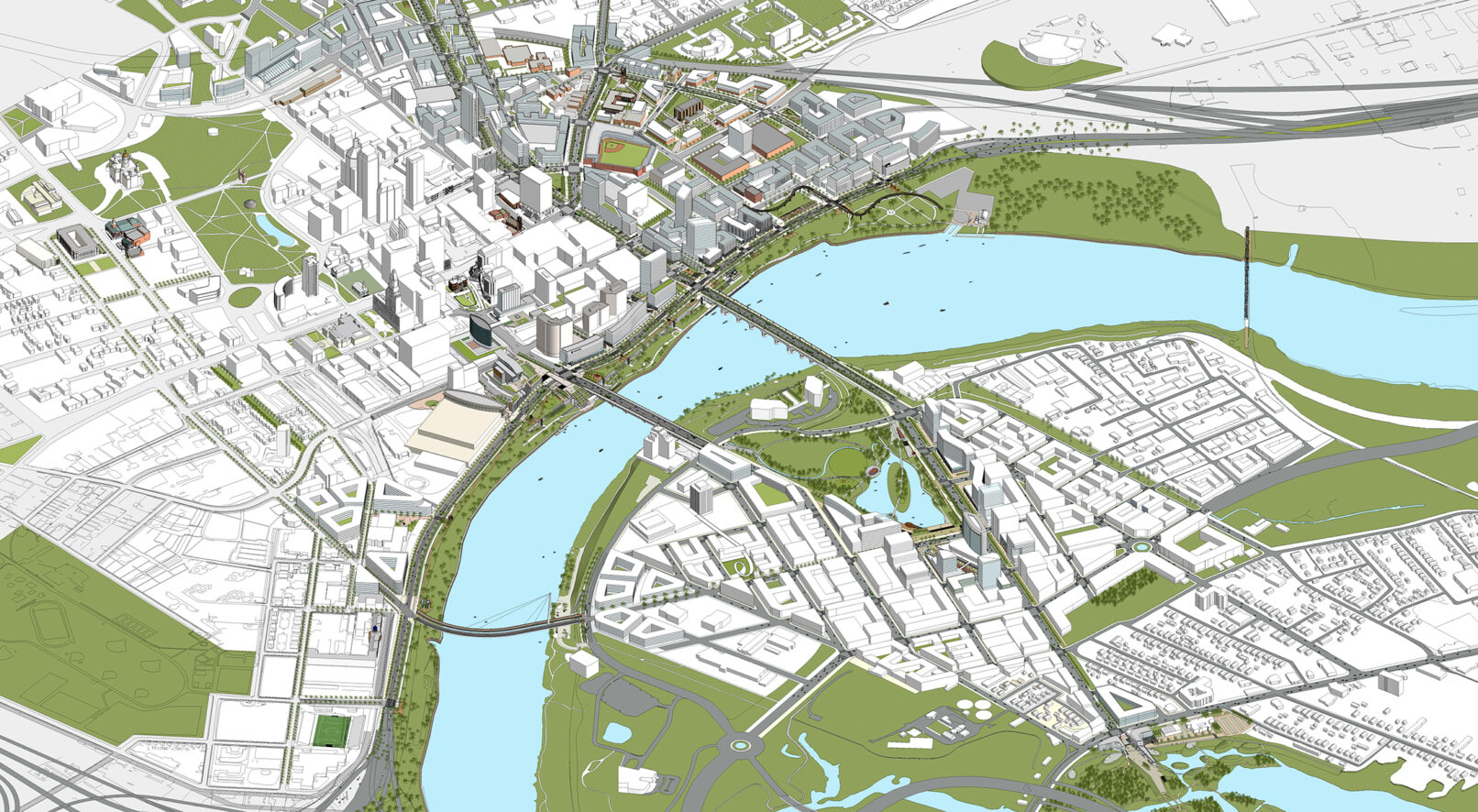 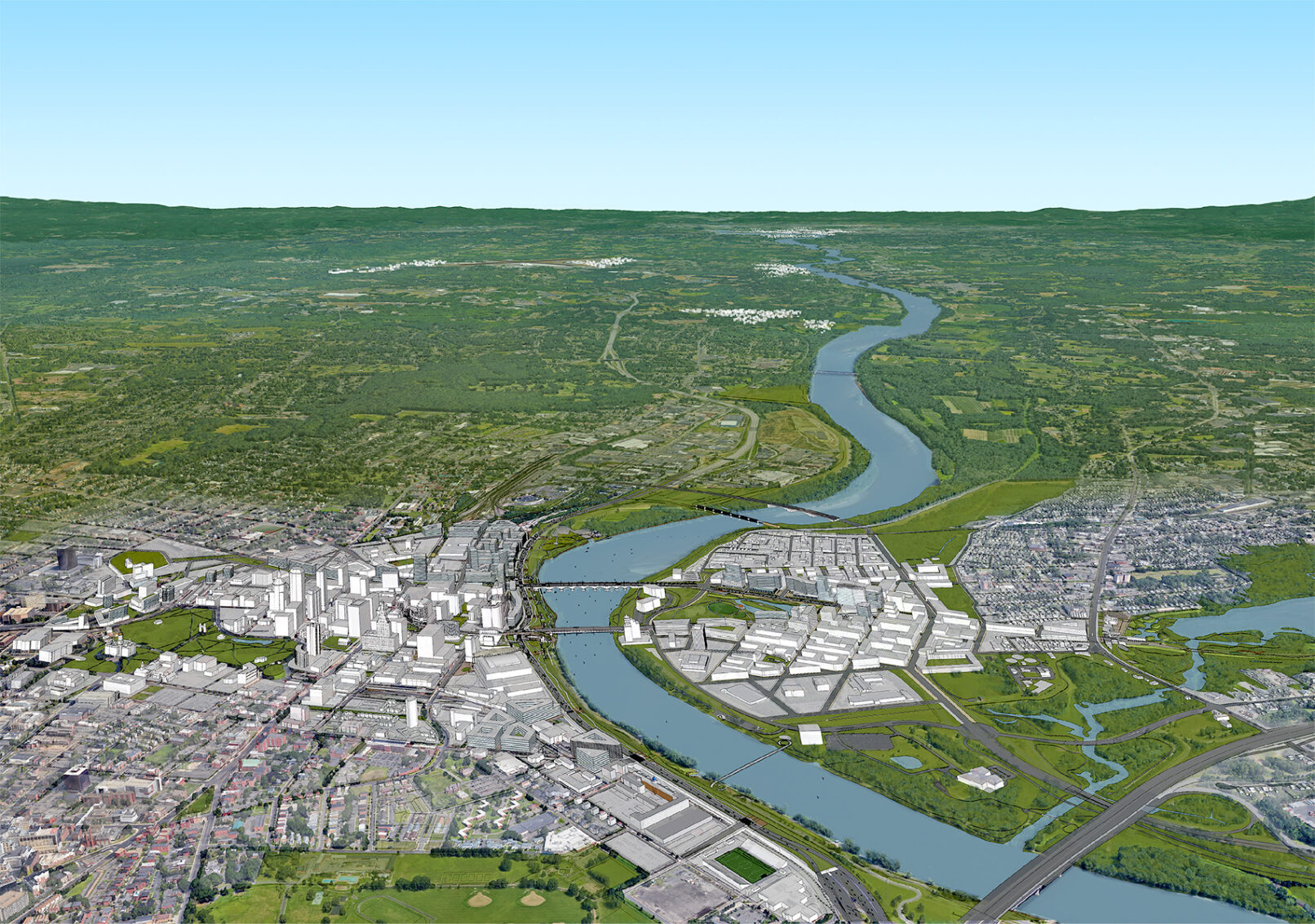 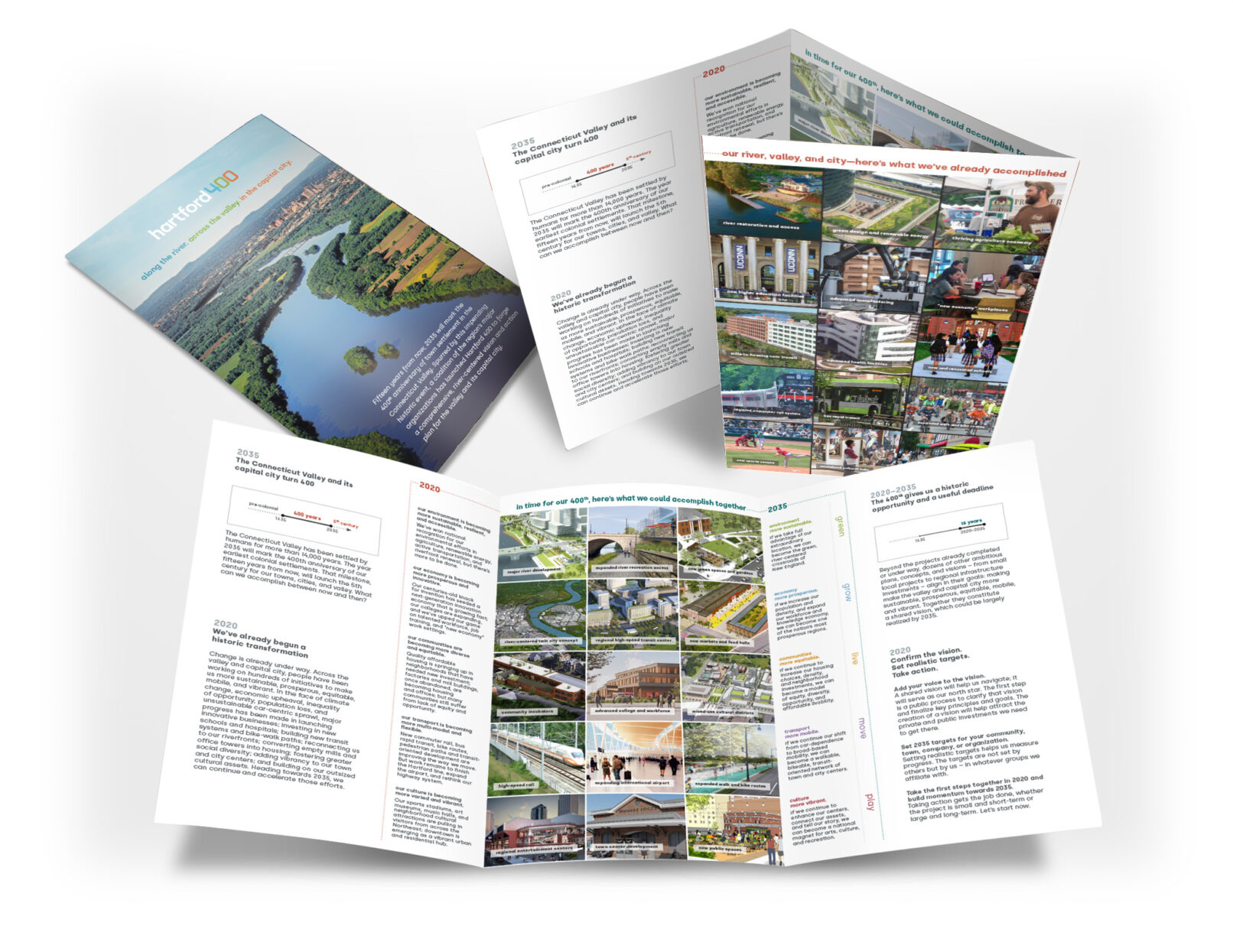